The next big wave in media

Goafest 2018: Dean Donaldson and Jonathan Tavss of Kaleidoko talk about the next big wave in media

Both speak on rise of genetics study, artificial intelligence, robots, chatbots and how these can co-exist with humans and also help in better personalised, customised targeted advertising

As the reach of digital increases and big data takes the centre stage, it is leading to customisation and personalisation, according to Dean Donaldson and Jonathan Tavss of  Kaleidoko. Speaking at the second day of Goafest 2018, they were also of the opinion that in the future, humans and machines are going to come closer and might even merge.

“With talks around big data and technology, the thing that we will be focussing on is people and that’s where the future lies. We are going to witness a rebirth in media, which means blockchain coming into existence, genetics and artificial intelligence,” said Tavss.

Donaldson and Tavas also said after 4G, in the coming years we will see 5G and 6G. With this rise of internet connectivity, more and more people will be connected through consumer devices than mobiles. From 8.2 billion connected to devices, the number will reach 25 billion in 2020.

Donaldson said that hyper connectivity of this sort will lead to the world of over-saturation. “With advertising and media, I have so much choice and this is where targeting needs to play influence. And digital plays a big role here; it gives better and targeted quality.”

Moving ahead, Donaldson talked about the rise of robots. As there is an increased use of robots in the manufacturing and logistics industry, he said, “I am making a prediction here that the second most prized possession in your house after a car would be robots. 50% of jobs will be reduced by 2030 because we will see tech replacing human skills.”

Donaldson emphasised the need of aggregated intelligence. He said, “We need to take all of data from various points and put them together in a giant data lake and that is big data. Only then we will get true predictions, personalisation and measurement.”

Tavss then came to a very important aspect of the next wave, i.e. genetics. The study of genetics will help brands to come further closer to the consumers. Brands can have a better understanding of people’s behaviour if they also study consumers’ genetics behaviour. Therefore, after social media, it would be geno-media.

“Through the understanding of genetics, brands can have a targeted advertising. In fact, India is one of the biggest spenders on the study of genetics,” concluded Donaldson. 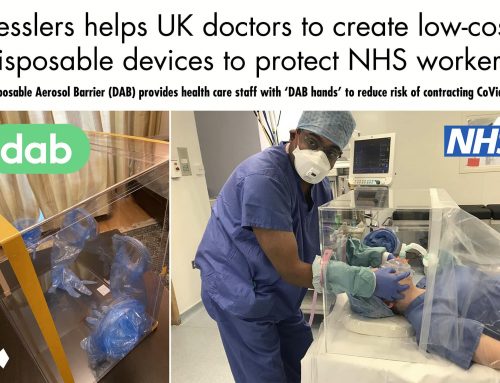